We’ve covered Daniel Alves in the past, when he decided that it was appropriate for a right-back to wear 6.

That was his fourth number for Barcelona, with the progression most unusual. He left the club in the summer of 2016 and joined Juventus, where he decided to take number 23 in honour of LeBron James (who in turn wears it in honour of Michael Jordan, despite once feeling that nobody should be allowed to wear it in the NBA).

Four numbers at Barcelona, along with the new one at Juve, means a total of seven changes since he joined Sevilla in 2002 and took the number 8 – seven different numbers in total, having worn 6 with Los Rojiblancos and then Barcelona.

We felt that a line-graph was called for (thanks to Barry Higgins for helping us with the formatting when Excel wouldn’t play ball).

From time to time, we run squad number quizzes on Twitter, asking followers to guess the player by the digits he carried:

Another guess-the-player quiz by his numbers at the same club (probably too easy): 23-9-11-9

The answer to the above is Robbie Fowler over two spells at Liverpool, by the way. One player who would be perfect for such a quiz, were it not for the fact that he would be far too difficult to guess, is Mark Flatts, once of Arsenal.

We’ve already looked at how squad numbers were introduced for the Coca-Cola and FA Cup finals of 1993, when Arsenal faced Sheffield Wednesday. At just 20, Flatts was down the Gunners’ pecking order and so was given 23 for the two deciders.

Having won the two cup finals, Arsenal’s big signing of the summer was Eddie McGoldrick from Crystal Palace. He was allocated number 11 as the Premier League adopted squad numbers, and Ray Parlour, 11 for the cup finals, was moved to 23, though he would still play 27 league games in 93-94. As a result, Flatts was bumped one numbter upwards:

Young Scottish striker Paul Dickov was Arsenal’s number 27 in 93-94, but perhaps as an indication that he might get more game-time, George Graham moved him to 24 for 94-95. That meant another switch for Flatts, taking the 25 vacated by Neil Heaney.

If the pattern was to continue, Flatts should have been given 26 for 1995-96, but instead he moved downwards as part of a number of small changes effected by new manager Bruce Rioch – David Hillier moved from 18 to 17, Steve Morrow 18 to 21, John Jensen 17 to 19 (though technically it was 17-30-19 as he looked set to depart before a change of heart).

A bigger move, though, was the catalyst for this change. Parlour swapped 23 for 15, allowing Dickov to move from 24 to 23 and Flatts to regain 24. It would prove to be his final season at the club, however.

At the time of writing (lunchtime on Tuesday), there are still nine internationals to be played in what are now being referred to as the European Qualifiers for the 2018 World Cup.

By the end of the round of fixtures, it looks like we’ll be left with a total of three countries, of the 54 in action, to have begun the game with their team numbered 1-11 – England, the Netherlands and Scotland. Even Gibraltar and the newly-formed Kosovo had squad numbers.

England stick to the origins, and, while Scotland’s system isn’t the most perfect, they still deserve kudos for not buckling.

We have doffed our hats to the Netherlands in the past, of course, and while all the rest of Tuesday’s participants are listed by squad number on the UEFA site, the Dutch players have zeroes next to their names.

Of the other nations, Denmark and Wales (who have form, to be fair) came closest, starting with nine 1-11 players:

It was also interesting to note a reassignment of some numbers in the wake of retirements. Mesut Ozil is now the Germany number 10 after Lukas Podolski’s departure – apparently he wants it at Arsenal too – while the Republic of Ireland have replaced one Robbie with another at 10.

Robbie Keane signed off with a goal in the friendly against Oman last week and for the game with Serbia last night, Robbie Brady inherited it, having previously been associated with 19. Brady played in midfield in the 2-2 draw but has played most often at left-back in recent times. We have to say, we’re feeling a bit nervous.

Elsewhere, all of the Premier League squad numbers have been finalised, following the closing of the transfer window.

Liverpool are the worst offenders, leaving 4, 8 and 9 vacant. Obviously, Steven Gerrard’s old number is still seen as a heavy burden which can’t be given to just anyone, but surely Ragnar Klavan – who wore 5 at Augsburg – could have taken the 4 freed up by Kolo Touré’s departure, rather than 17?

Daniel Sturridge was offered number 9 before Christian Benteke came but turned it down. Speaking of players who have left Liverpool on loan, Lazar Markovic isn’t wearing 50 anymore:

Bournemouth, Hull City, Leicester City, Middlesbrough and Southampton have allocated all of the numbers from 1-11. The most unused number is 2, which isn’t used at Everton, either of the Manchester clubs or Watford.

Séamus Coleman could have taken 2 – which he wears for Ireland – when Tony Hibbert retired but has stuck with 23, while Matteo Darmian opted for 36 upon arrival at Manchester United and remains there (he does wear 4 for Italy).

Man City have two right-backs – Bacary Sagna and Pablo Zabaleta – in their numerical first 11 but they wear 3 and 5 respectively. John Stones picked 24 rather than taking 2.

Tottenham, whose first-choice team wasn’t far off 1-11 last season, have 6 and 8 free, with Eric Dier and Dele Alli opting to keep their 15 and 20 respectively. Moussa Sissoko wouldn’t have been a bad fit at 8 but will wear 17, having been 7 at Newcastle United.

It was a day of contrasts for those of us cursed with the affliction of thinking too much about shirt numbers. We’ll start with the bad news.

By and large, loan signings being given 1-11 numbers doesn’t sit hugely well with us, given the by-definition transient nature of it. When it’s a midfielder wearing 1, though, the levels of seething are quite high:

De Guzman at Chievo with the number… 1! And he's a midfielder 😀 pic.twitter.com/6aeWHkvsZl

Jonathan de Guzman wears 15 for his parent club, Napoli. That’s free at Chievo Verona, along with 6, 7, 10 and 11, but he has decided that he should wear the number 1 – in a horrific font, we must add.

Oddly, it’s the opposite of a ruse pulled by the Italian club 14 years ago. 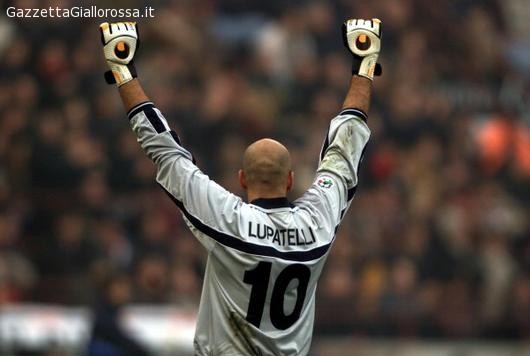 De Guzman is not the first to commit the most egregious of crimes. Argentina’s Norberto Alonso and Osvaldo Ardiles, as well as the Netherlands’ Ruud Geels, have done it at World Cups in alphabetical numbering systems. We don’t have as big a problem with that, as it’s part of a holistic approach.

In British domestic football, the only club that we’re aware of to go full alphabetical  was Charlton Athletic in 1993-94, when Stuart Balmer wore 1 outfield (incidentally, a goalkeeper – Bob Bolder – was number 2, similar to Sheffield Wednesday’s batshit mental numbering this season):

When Brian Clough was manager of Nottingham Forest, he began to wear an emerald green jumper on the sideline. The origins of this were as a result of him ensuring that his authority wasn’t usurped.

Having signed Peter Shilton for a record fee, he felt that the goalkeeper (and everyone else) needed reminding of who the boss was. At training one day, he donned a top in the colour traditionally worn by the keepers and said to Shilton:

There’s only one number 1 round here, and it’s not you.

Which was fine – Clough was unique, and generally backed up his bluster with results. As player-manager of Barnet in 2013, Edgar Davids wanted to make a similar statement, and felt that that was best achieved by actually wearing number 1 on the field.

In the interests of fairness, we should point out that the inhabitant of 1 in 2013, Liam O’Brien, had left the club and so nobody was displaced by this decision. Unfortunately for Davids, it didn’t really have any inspirational effect as Davids was sent off three times before the end of December and resigned on January 18, 2014.

Scottish striker Derek Riordan left Hibernian to join Celtic in 2006, but returned to Edinburgh in 2008. In his first spell with Hibs, he had been number 10, but that was occupied by Colin Nish on his return, and so he went for a solution of sorts.

A more interesting example – to our biased eyes – comes from the 2010 Gaelic football season. For Monaghan’s first game in the Ulster championship, goalkeeper Shane Duffy failed to heal from injury in time and, in a brave/unusual move, manager Séamus McEnaney decided to play full-back (the defender directly in front of goal – similar to how the term was used in football in the 2-3-5 days) Darren Hughes in goal. He wore the number 1 jersey left vacant by Duffy crying off, with a substitute wearing the full-back’s number 3.

Monaghan won, and Hughes was retained in goal for the next game against Fermanagh, which they won as well. Meanwhile, Seán Gorman, who had been regarded as Duffy’s deputy, decided to withdraw from the panel. For the Ulster final against Tyrone, when the team was named three days beforehand, Hughes was listed at number 1 but, come game-day, he lined up outfield.

You might be confused as to why Hughes is still wearing blue, as in the first picture. Monaghan are normally white shirts and blue shorts, but Tyrone are white shirts and red shorts, so that 2010 Ulster final saw both teams change jerseys. Monaghan’s regular goalkeeper outfit is the same as the change kit. In this game, Duffy was able to wear the white in goal, number 16 on his back:

Thankfully, the bullshit of de Guzman wearing 1 was slightly counter-balanced by The Universe.

Mario Balotelli enjoys wearing number 45. However, stricter rules at international level have seen him look conventional and his latest transfer, to OGC Nice, has meant a similar limitation applied.

As with La Liga in Spain, the French Ligue 1 employs some control on numbering. Goalkeepers must wear 1, 16 or 30 and higher numbers are only allowed if absolutely necessary.

The league’s rules state that ‘novelty’ numbers are not allowed (forgive Google Translate’s own rigidity):

Every Ligue 1 and Ligue 2 club must establish the number assignment list on Isyfoot 72 hours before the start of the competition. This list can not exceed 30 names, the number 30 is the last in the list may be supplemented and updated with every movement in the club. If a club justifies employ over 30 professional players under contract, the board may grant an exception to the preceding paragraph. Whimsical dials are prohibited (example: 45 – 82).

The numbers 1, 16 and 30 are exclusively and necessarily reserved for goalkeepers. Ultimately, the number 40 can be assigned. All teams must have a jersey with number 33 that is not assigned to a player and reserved for breaking replacements. A directory is established early in the season and available to referees and delegates by the LFP.

As a result, Balotelli has had to conform and, luckily, the number 9 is free. Hopefully, success in this digit will signal a turnaround in his career.