We’ve covered Daniel Alves in the past, when he decided that it was appropriate for a right-back to wear 6.

That was his fourth number for Barcelona, with the progression most unusual. He left the club in the summer of 2016 and joined Juventus, where he decided to take number 23 in honour of LeBron James (who in turn wears it in honour of Michael Jordan, despite once feeling that nobody should be allowed to wear it in the NBA).

Four numbers at Barcelona, along with the new one at Juve, means a total of seven changes since he joined Sevilla in 2002 and took the number 8 – seven different numbers in total, having worn 6 with Los Rojiblancos and then Barcelona.

We felt that a line-graph was called for (thanks to Barry Higgins for helping us with the formatting when Excel wouldn’t play ball). 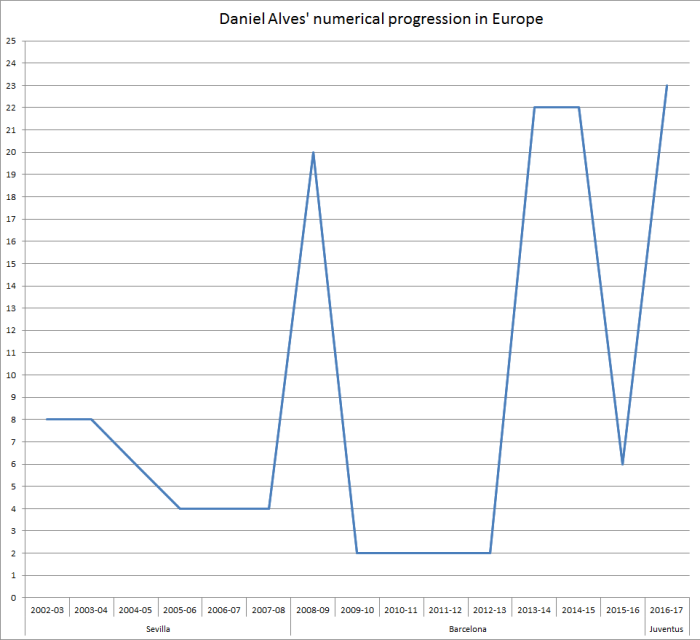